Senators debate various bills, motions, and inquiries. They also make statements about current events and important issues and ask questions to the Government Representative in the Senate during Question Period.

The Senate may be best known for exercising its “sober second thought” to review bills sent to us by the House of Commons. They do this by debating the bills in the Senate Chamber (and in committees). If a bill has a number from C-2 to C-200, it is a government bill.

Some bills, known as Private Members’ Bills, are introduced by Members of Parliament (who are not part of the government) in the House of Commons. These bills have numbers from C-201 to C-1000.

Any senator can also introduce a motion or inquiry. A motion is a proposal moved by a senator asking the Senate to do something or to express an opinion on a certain matter. At the end of the debate, the Senate must make a decision by either adopting or defeating the motion. An inquiry gives a senator the opportunity to call attention to a particular matter. The inquiry can be debated by all senators and is concluded when no other senators wish to speak. There is no vote or formal decision on an inquiry.

Bills in the Senate go through the following stages:

First reading: The bill is introduced in the Senate.

Second reading: Senators debate the principle of the bill. Senators can propose amendments to the bill at this stage.

Committee stage: The bill is sent to a relevant committee where a smaller group of senators hears testimonies from expert witnesses and stakeholders. Senators can then propose amendments to the bill.

Report stage (only occurs if the committee made amendments to the bill): The bill is returned to the Chamber, as amended. Senators debate the committee’s report and vote whether to accept it.

Third reading: Senators hold further debate on the bill and can continue to propose amendments. If amendments are made to a government bill, the Senate must send a message to the House of Commons and the government can decide whether to accept the changes.

Royal assent: After passing through all the above stages, the Governor General gives assent to the bill, which turns it into law.

Click here to learn about any piece of legislation. 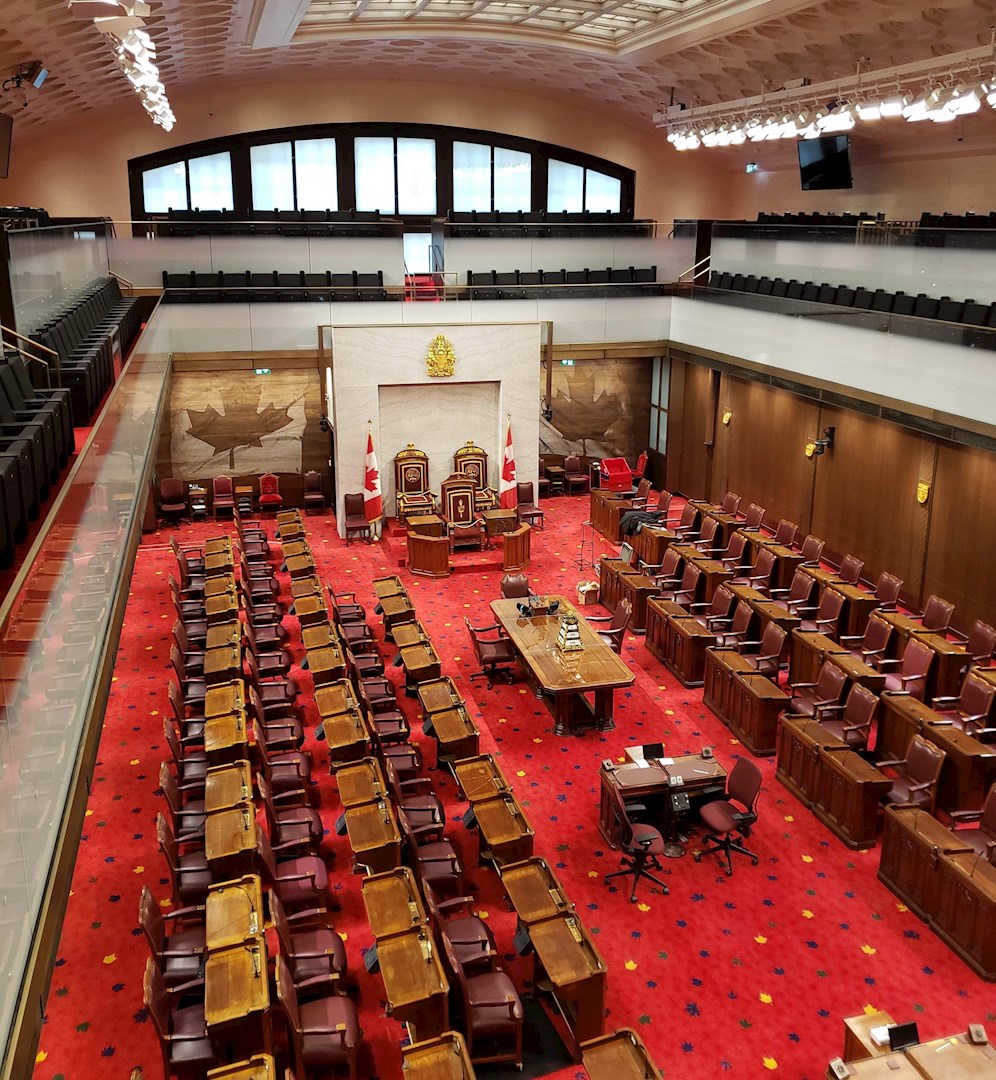 Close
What are you looking for?